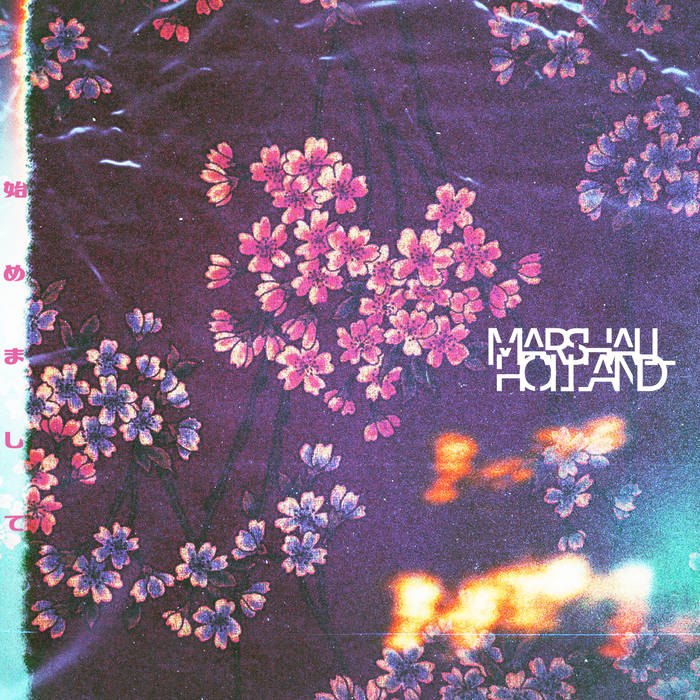 A little something for *almost* everyone is here: If you gravitate toward instrumental, ambient, experimental minimalist soundscapes flowing with field recordings of people in busy streets, and analog synths painted on to analog tape, it's got that. if you like something with a catchy beat with ear-worm melodies and harmonies, that's in there too. if you like to listen to an entire album just to take a journey with the artist, I totally invite you to do so!

This album is a departure from the guitar oriented singer/songwriter, pop/rock music I'm known for, but before deciding to skip this one, I encourage you to have an open mind with curious ears. I was inspired by electronic artists like Brian Eno, Wendy Carlos, Georgia Moroder, Ryuichi Sakamoto, Yellow Magic Orchestra, and even John Carpenter to name a few. Maybe this will calm you, make you want to dance, or just entirely confuse you--all of the above, I hope! Imagine this is just a new beginning, a debut electronica album, if you will, and pretend we are meeting for the first time--It's nice to meet you! By the way, you won't find me singing here, but I've let the synthesizers do that for me.

I wanted to present an album with predominant sounds from analog synths and sequencers that are remindful of the early beginnings of electronic music from the 1970/80's. Although it may be hard to tell for some, but the use of analog tape here provides a more organic texture with a subtle vintage vibe (tape hiss may be audible), and I even made use of acoustic drums in some songs to give them a different, yet familiar personality--unlike the drum machines artists are (over-) using these day, I made sure to use them wisely. Each part in every composition was literally played by hand and/or sequenced as such. This method was more challenging, but I still wanted to keep a human element embedded without using any MIDI sequencing we electronic artists have relied too much on--That's no dis, it's just easier to fix a MIDI sequence than it is to re-record the performance.

Why the Japanese inspiration, you may ask? As you can see I titled this album with 始めまして--"Hajimemashite" is an expression which roughly translates to, “It is the first time (meeting you)," or the English expression, "Nice to meet you." Because this appears to be new beginning to a genre that I've always been apart of (but hardly publicly), my listener and I could very well be meeting each other for the first time, so I felt this title fitting.

Long story-short, I've always been attached to different cultures and countries I had visited through the past years, but one that I had felt more drawn to is Japan and its culture. There was something about Japan that I became fond of. Maybe it's just how George Harrison was influenced by India & Indian music, and how that had soaked into his songwriting. I let my feelings steer that ship of creation, and then when settled in I had concluded that this may be an homage to how Japan inspired me; the people, lifestyle, nature, music, language, and even the food. I also confess that I'm a big fan of Yellow Magic Orchestra, so that's a no-brainer to some people listening to a few of these songs.

During an exploration of Japan, I made some field recordings while walking the streets of parts of Osaka and Tokyo and all the while I had some idea adding my own soundscapes to them later. The tracks like "Ashiharabashi Station", "Jitensha" and "Kitaku" were all audio recordings while in public that I later smoothed over with some effects and electronic ambience, and subtle motifs.

All in all, If you enjoy what you hear, どうもありがとうございました (Dōmo arigatōgozaimashita--Thank you very much!)